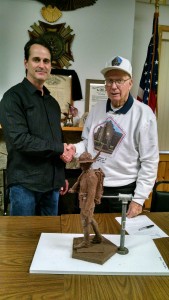 On January 16, 2017, the Company F Memorial Committee entered into an agreement with artist Brian Porter of Lockport, NY to create the Company F 1940-era soldier marching to the train station that will be installed on the top of the existing Company F Memorial at the Medina Armory/YMCA.  Mr. Porter, an Assistant Professor of Art at Erie Community College, has created such masterpieces as the United States Seabees Memorial in North Tonawanda and is currently working with the University of Buffalo to create two statues of graduates to be installed at their North Campus.

This project will be the first where he will incorporate 3-D imaging to assist in creating the molds for the cast bronze statue. He is collecting accessories such as the WWI campaign hat, backpack and rifle that were carried the day they left Medina in October 1940. The project will take approximately 1-2 years to complete, and anticipates the 3-D imaging might accelerate the process.

The Company F committee expresses deep gratitude to the community of contributors whose generosity made this important project possible. 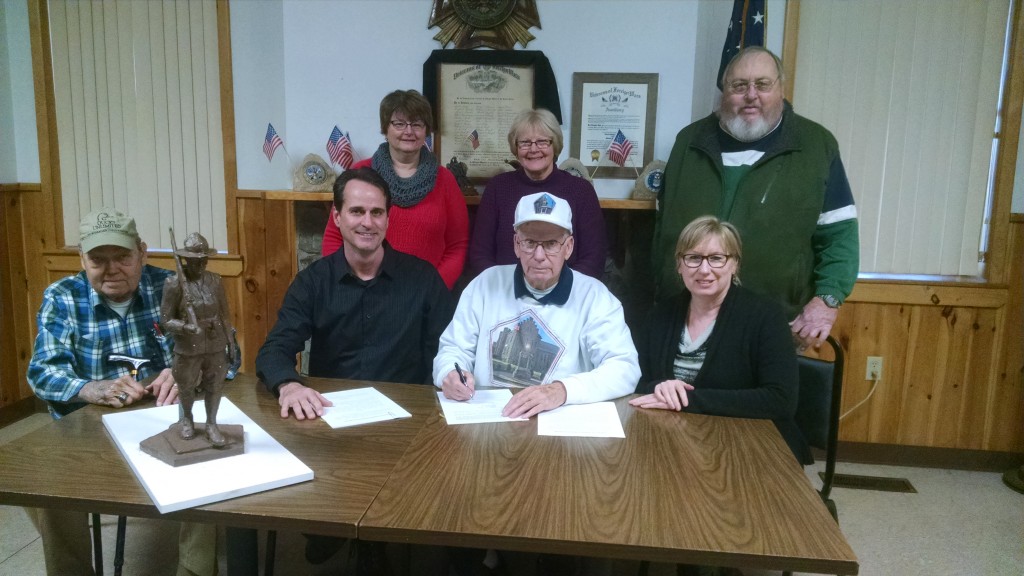 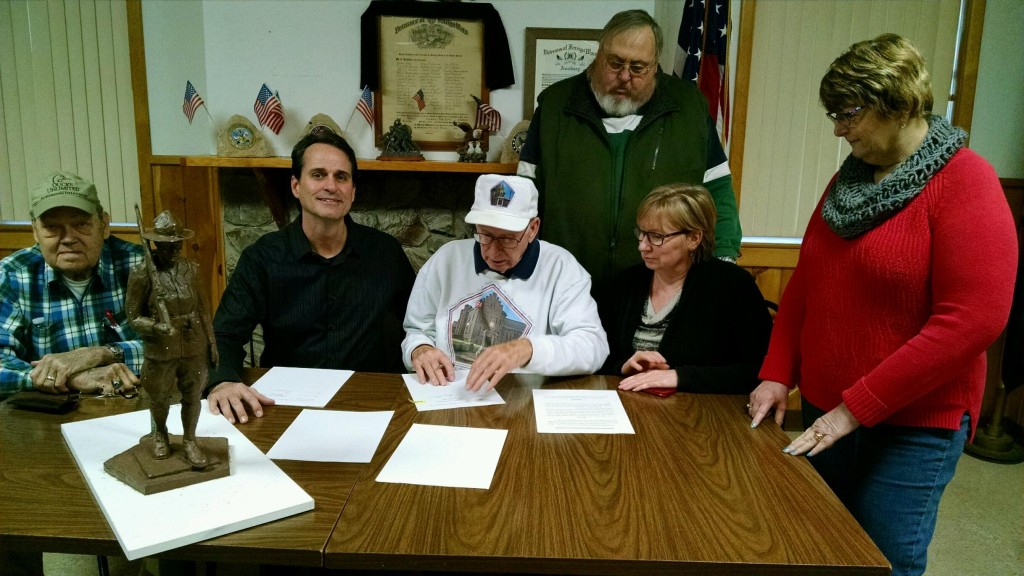